On the changed date, 10 July, the day was very hot with a wind speed of 4 mph which was not enough for this type of model. Phil Dean and his assistants, Lol Hunsley, Kev Davidson and myself took four contestants with 14 models between them to the north east slope. The various models were mustangs, hawks, mosquito, A10. Vulcan, super marine S6B and hurrricane. The contestants were, Mick Chadwick, Barry Crossland, Bob Smith and Pete Masters. The only models to fly were the hawk of Bob Smith and the A10 of Barrry Crossland. Pete Masters had built a Japanese Hind and P40 especially for this event. Peter told me some of the history of the P40; that a squadron based at Bembridge during the war was the only P40 squadron to fly at the Battle of Britain. His model had JH insignia on the fuselage its pilot in those days was Johnny Harris.

The meeting was abandoned at 1.30 pm , there are some blank dates in October in the PSS calendar when it is hoped a meeting might be arranged subject to someone volunteering to organise it, so keep posted. 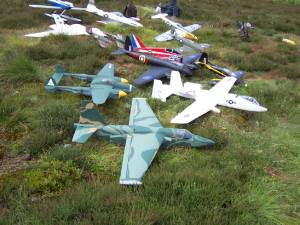 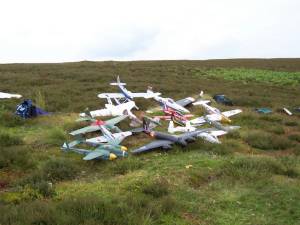 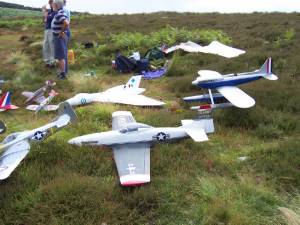 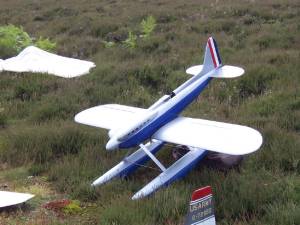 In the past this competition has been held in April and October but during these months the weather has not been favourable so the committee decided to change the date to midsummer, hoping for a better day.