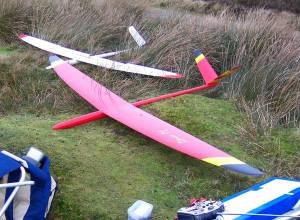 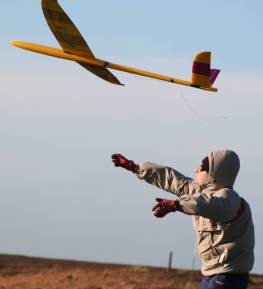 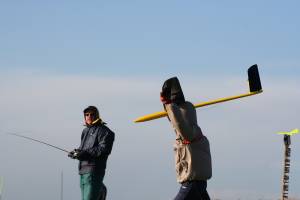 Fastest time of the day went to Mark Redsell 39.32,

Pictures Thanks to Keith Wood and Ian Mason

What a terrific day! 35mph super smooth Souterly wind and blue sky. Greg and Mark again proved to be the men to beat, although Peter Gunning gave them a run for their money in the early rounds. Peter eventually losing out to a very consistent Richard.

Several personnel bests, Mark Newburn with a 42 and Ronnie lampe with a 43. Well done guys. However the excitement got the best of Ronnie, ditching his blade on landing, forcing a change of model. Mark was disappointingly put out of the comp with a failed elevator servo. 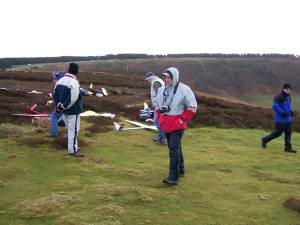 Ian Mason flew some very consistent rounds, but appeared frustrated, unable to improve on his times, Keith having a similar day, with some steady flying, but not the times Keith is capable of. 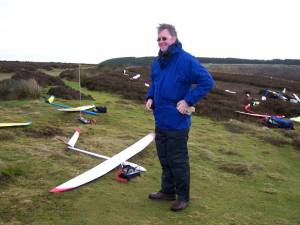 Mick had a terrific first round win, but began to trail as the rounds progressed. Hope there eh Michael?

Dave Wright, Mr T9Hobbysport himself, didn’t get into his stride this time, but pulled out a very credible 44 in round 5

New man at Horcum was Ian Simpson who appeared to have a good day chalking up a 45 in round 7, whilst Ian Staurt provided us with some entertainment, never quite finding his form or the course! 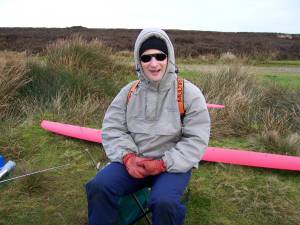 The results after 10 rounds with two discards:-