As expected a snow storm greeted us as we arrived, but wer'e used to that , it is Horcum!! It soon cleared though, leaving us with a clear skies and a 15mph wind.

The course was set up and 10 rounds were flown on the NW slope, with the best time of the day 46.52 achieved by myself.

Mark Redsell took 1st, which i believe takes 1st place overall in this years league,( to be confirmed), followed by myself in second and keith 3rd.

Mick got honours for the best free flight of the day, launching before switching on! Amazingly his Elita survived after landing at the bottom of the slope with just a scratch, to carry on flying the comp'. Dave Wright not being so lucky, lost control of the elevator in his last flight and had to scrape it back onto the slope.

Thanks to Mark Newburn for the pics, placings as follows: 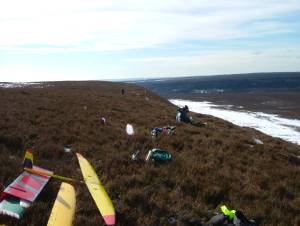 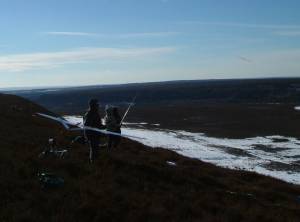 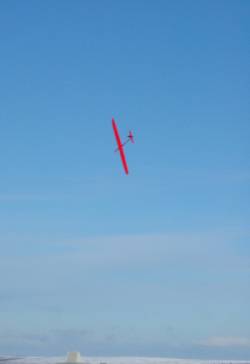 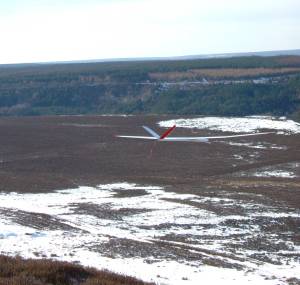 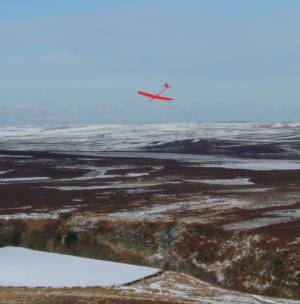